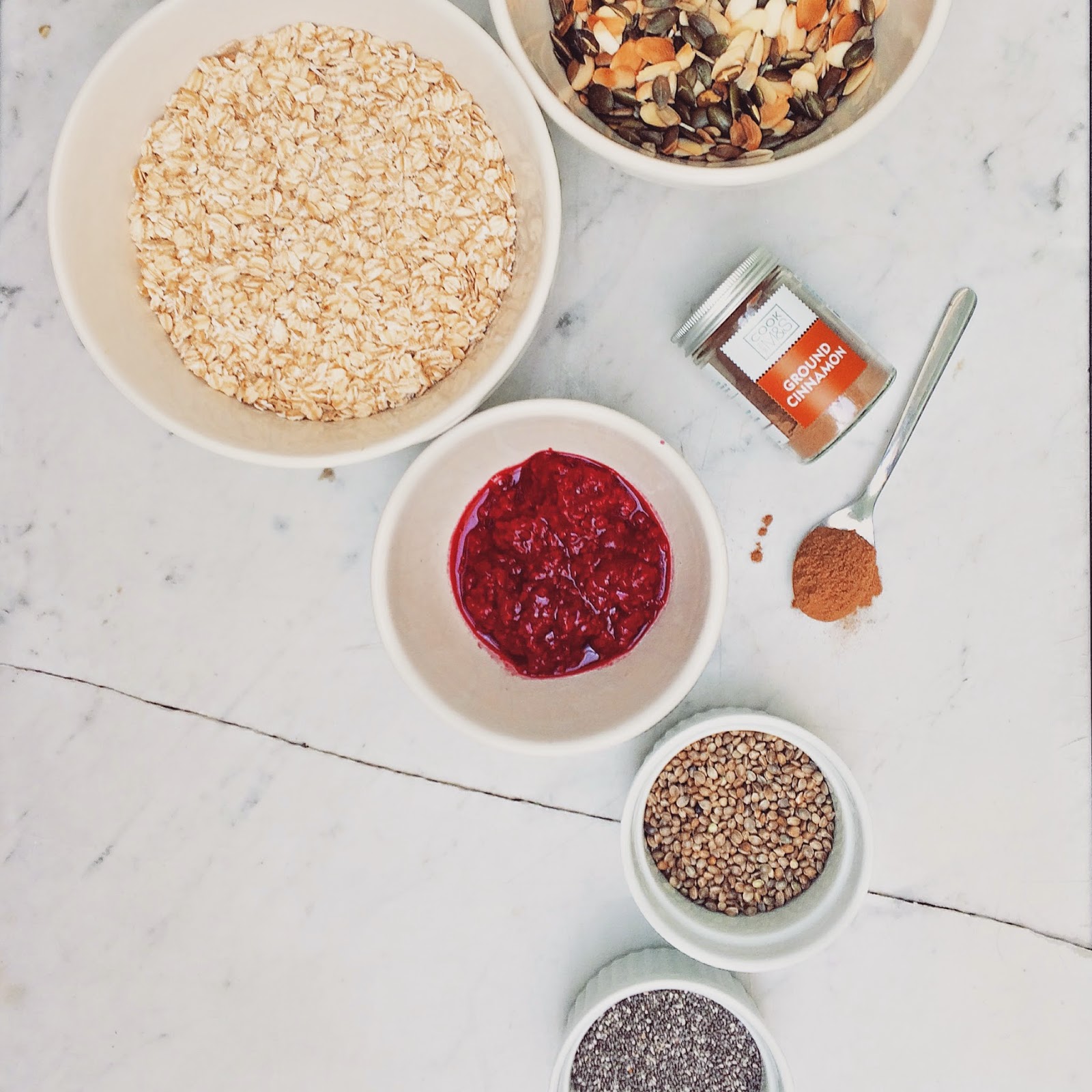 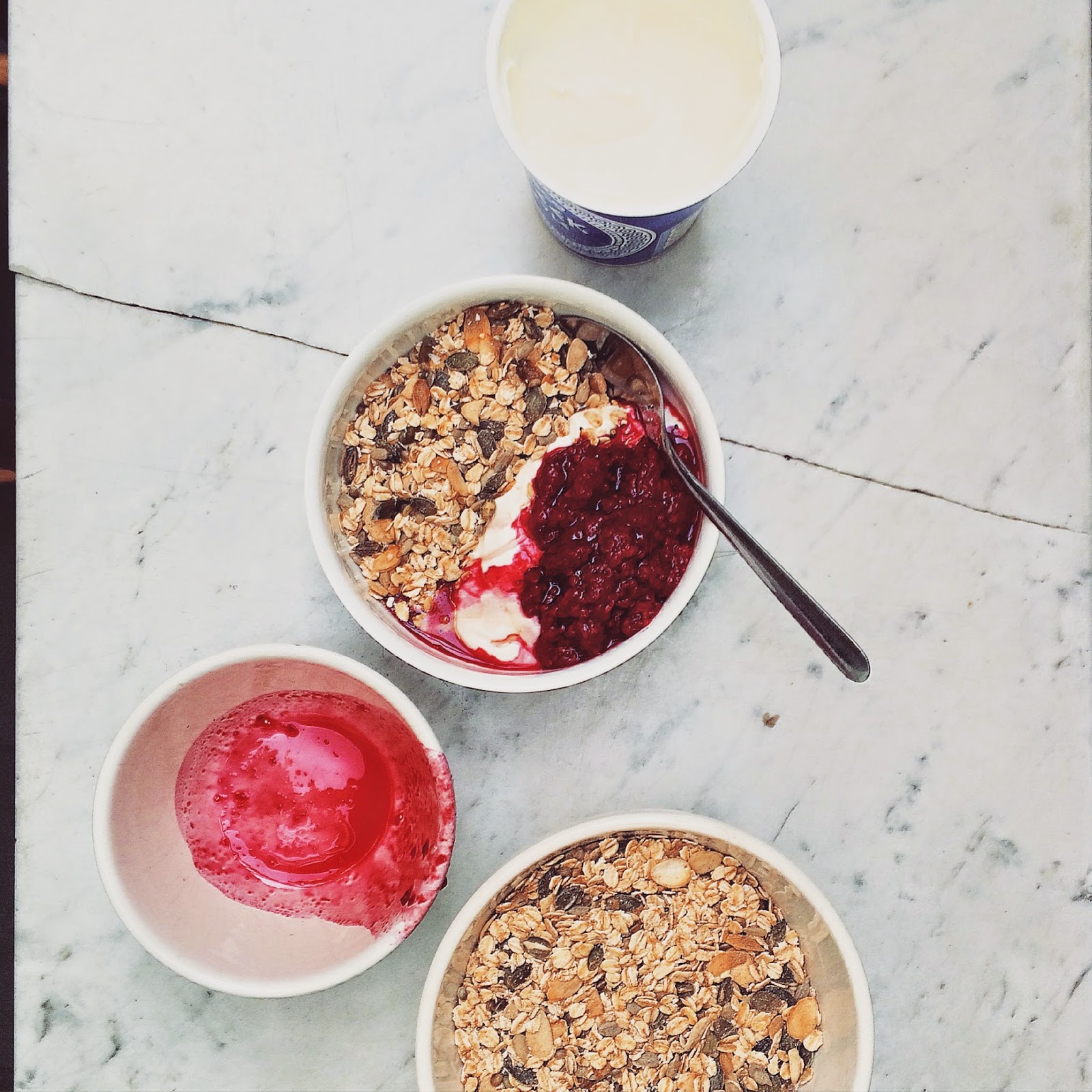 porridge has sent me into the throes of breakfast creation since I can no longer face another morning of sitting down to a bowl of oaty broth (my boyfriend likes to call it “horse food”) to keep me going until lunchtime. I know I shouldn’t belittle my staple breakfast that really, you can do just about anything with, but my palette needs to savour something different, especially now we’ve approached the weekend.
Granola, on the other hand, can also get the bad press – too much sugar, too much fat (I like to remember however, that not all fat is bad for you, ahem avocados, nuts). So I really pulled this recipe back to basics. I wanted to keep all my ingredients as raw as possible so that this fell into the healthy category. I’ve recently used hemp plant protein in smoothies and juices to give me a little kick after a workout, but had not yet tasted the seeds themselves. Packed with Omega-3 and Omega-6 fats, these little cherubs of nourishment also have a high fibre content and approximately 30g of protein per 100g.
Don’t forget the sunflower seeds, pumpkin seeds, chia seeds (pronounced chee-ah as I found out this week) and flaked almonds, toasted for that extra crunch that all you cereal lovers crave, plus a dash of cinnamon. This spice sweetens just enough to make you feel like you’re gobbling a treat! And what’s more, this takes five minutes to throw together. All the super-foods in this will make you superbly energetic and give you a better equipped body to start the day in the right way. Store in an airtight container and serve with smashed raspberries and Greek yoghurt or almond milk. I’m so glad you’re here! I’m the stylist, photographer and founder of http://interform-uk.com/terms-conditions/ a cup of tea and cake. I’m a big fan of laughing out loud, creating recipes to share with loved ones and chocolate chip cookies! I hope I can empower you to bake more, try new things and be kind to yourself in the process. Get comfy, grab a cup of tea and let’s get baking!

Follow me
The hard truth: Before going on holiday, I felt

We need all the help we can get 😂 It is *scor