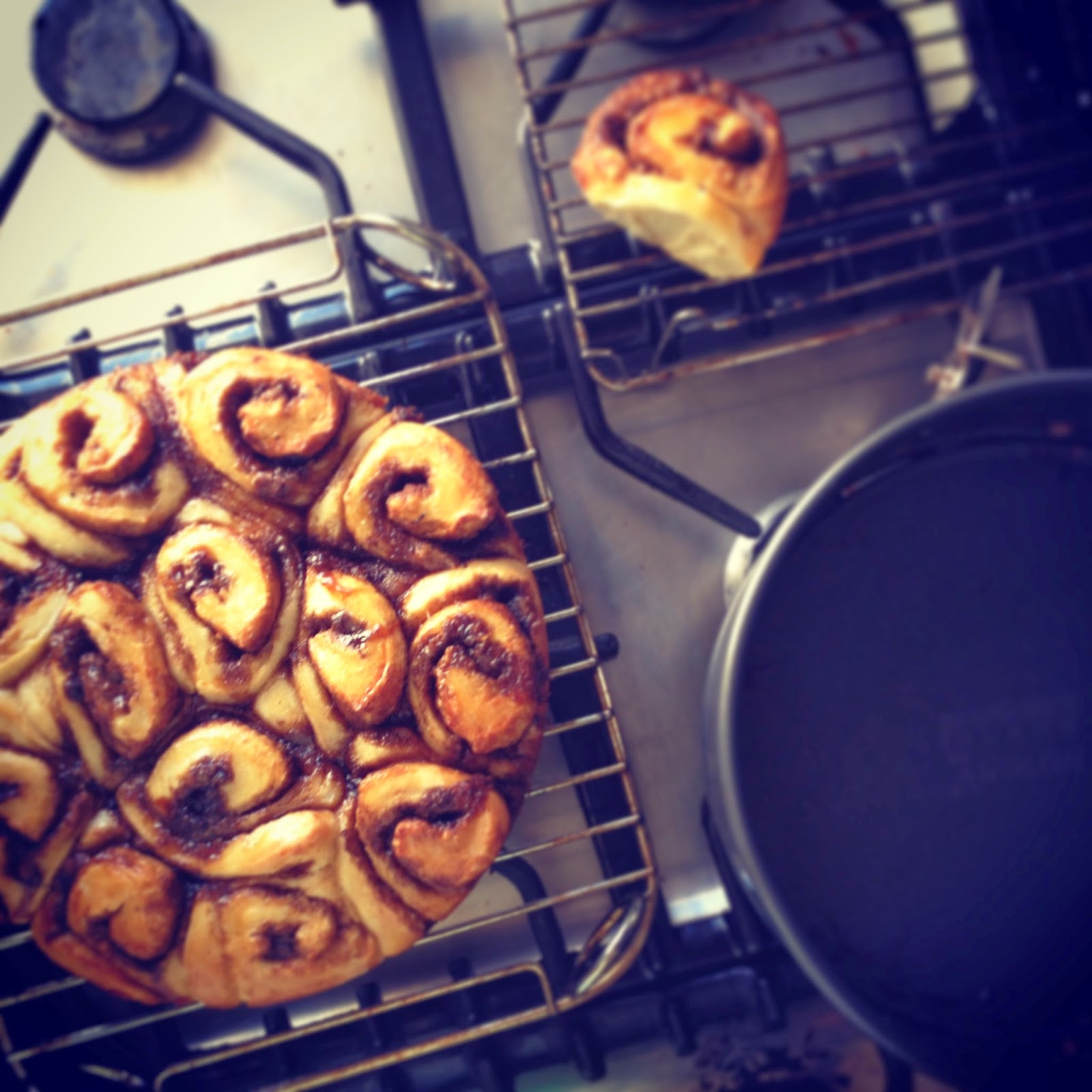 when i hear the word “cinnamon”, I instinctively think of the fresh-out-the-oven buns that you’ll find it the very best of bakeries. These were a special request from a household up North, where the anticipation of devouring these sticky buns is building. Hot out the oven on a Sunday morning and spread with cream cheese icing, they’re best eaten when they’re freshly baked and the inside is gooey.
This is a traditional recipe for cinnamon buns, but you can mix it up by making chocolate and hazelnut or stuffing the insides with sweet cranberries. Grab your coffee and go!
Here’s my favourite recipe:

Pathein Cinnamon Buns
how to purchase antabuse Makes 16-18 buns
For the dough
300ml lukewarm whole milk
25g caster sugar
1.5 tsp dried active yeast
500g strong white bread flour
1 tsp salt
85g unsalted butter cubed
For the filling
80g unsalted butter
80g soft dark brown sugar
1.5 tsp ground cinnamon
1 large egg, beaten
For the glaze
50g unsalted butter, softened
300g icing sugar
125g cream cheese, such as Philadephia
1 In a jug, mix together the lukewarm milk, caster sugar and yeast. Stir well then set aside until it becomes frothy. This should take about 20mins.
2 In a large bowl, sift the flour and salt. Add the cubed butter and rub it into the dry ingredients with your fingertips, until it forms a crumb-like consistency. Make a well in the centre of the dry ingredients and pour in the milky/yeast mixture. Using a soon, bring the mixture together to form a dough.
3 Once the dough is coming together, I like to use a handheld whisk with dough hooks attached to knead well until its soft and smooth. Place the dough back into a large, lightly floured bowl. Cover with cling film and leave to rise in a warm place for approximately 40mins or until double in size.
4 Once risen, knock the dough back by punching the air out of it and folding the edges in on themselves. Knead again with your dough hooks and then roll out to a rough rectangle about 1.5cm thick.
5 Gently spread the soft butter evenly over the dough. Mix the dark brown sugar and cinnamon together and sprinkle evenly over the dough. Roll the dough up lengthways like a Swiss roll. Using a sharp knife, cut the roll into 16-18 slices. N.B. I like to slice the very ends of where the filling is sparse and discard these, but each to their own!
6 Line a round cake tin with baking parchment and very gently, flattest side down, arrange them snugly in the tin. You may very well need two! Wrap the tin with cling film and leave to rise again for 20mins.
7 Preheat he oven to 180C and make the glaze. Put the butter in a bowl and gradually beat in the icing sugar until there are no lumps of butter using an electric whisk. Add a little cream cheese to loosen the mixture and beat until smooth. Then add the rest and turn the speed to high until it is light and fluffy.
8 Brush the tops of the risen dough buns with the beaten egg and then bake for 10-15mins. Sometimes mine need longer (up to 20-25mins) – bake until golden brown depending on your oven. Allow to cool slightly before spreading the tops with the cream cheese glaze. Let it melt and voila! Bon Appetit!