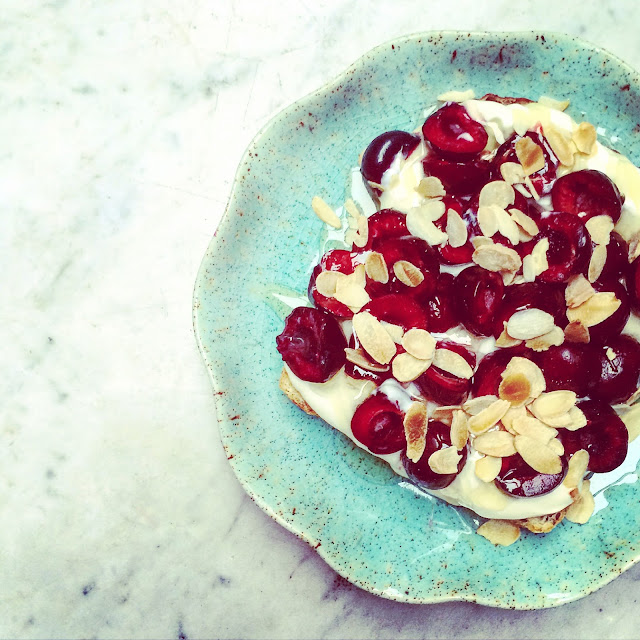 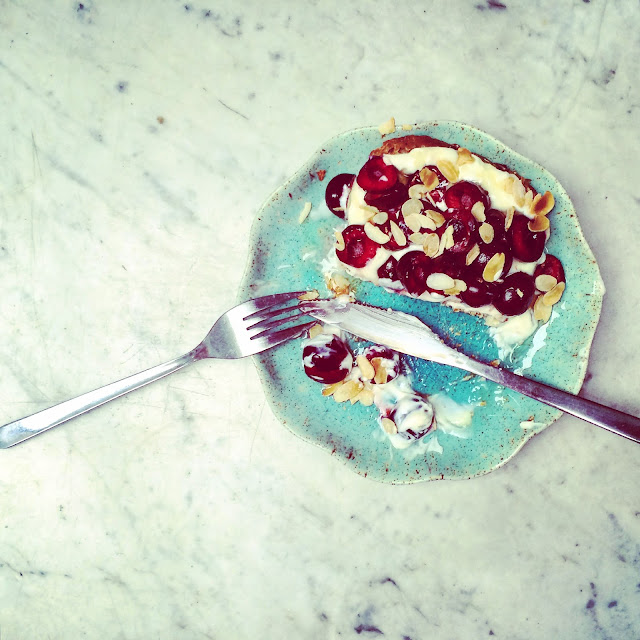 just when you thought breakfast couldn’t get any better, along came the crème de la crème of weekend delectables… with a cherry on top (literally)! I kid you not, this was DIVINE. Sacrificing my much-loved working week breakfast favourite of yoghurt, blueberries, honey and almonds, I constructed something so glossy and irresistible that many wouldn’t dare combine: toast and yoghurt. Toast and yoghurt? Yes, that’s right – an entirely odd (yet entirely delicious) amalgamation of what should, in most people’s minds, be two separate morning dishes.
When I was younger, one of my favourite books was order provigil europe The Very Hungry Caterpillar. A classic children’s novel, I know. And that caterpillar ate everything. “On Saturday, he ate through one piece of chocolate cake, one ice-cream cone, one pickle, one slice of Swiss cheese, one slice of salami, one lollipop, http://newbeginningadultcare.com/payday-loan-online-wyoming-wy-cash-loans-on-line/ one piece of cherry pie, one sausage, one cupcake, and one slice of watermelon.” (Carle, Eric. 1969. The Very Hungry Caterpillar. UK: Hamish Hamilton.) Now I may not have eaten as much as him, but if the very hungry caterpillar liked cherries, then I was sure I would too. Trips to the local grocers became ever more frequent as I begged my parents to buy two, then four, then six pounds of cherries on each subsequent outing, most of the bag disappearing before we’d even reached the front door.
So when once again, we had cherries in the house, I made sure I enjoyed them as best possible. Admittedly, pitting them took a while but it made that breakfast so mouth-watering it was worth waiting for. Stick a slice of wholegrain granary bread into the toaster and toast until it’s browned evenly, then stand in a toast rack until cool. This is one of my best tips for crunchy toast, otherwise it ends up soggy on your plate from the condensation. Once cool, spread Greek yoghurt on top, throw over your pitted, halved fresh cherries, drizzle with honey and scatter with toasted flaked almonds. Grab yourself your morning coffee and you’re set for the day.